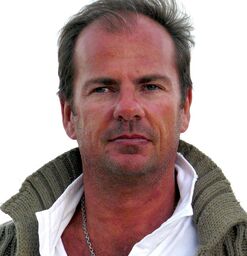 Guillermo Guareschi is a film composer, contemporary classical composer, and orchestrator for movies, prime-time TV shows, and symphonic works. He graduated from Berklee College of Music (Boston) with honors. Studied orchestration with Jack Smalley, David Spear, and Dennis Leclaire. He made an internship with Mike Post who taught him the craft of scoring for TV. Music to picture with Earle Hagen and Fred Karlin in Los Angeles in the
BMI and ASCAP film scoring workshops. In Buenos Aires, the legendary Anibal Arias taught him the very roots of Tango Music.

His mastery of varied styles and deep sensitivity led him to compose for projects of various genres. He has excellent skills in orchestral knowledge and a keen ability to produce original and unique timbres through his relentless search and manipulation of sounds and textures. These qualities make Guillermo a sought-after musician.